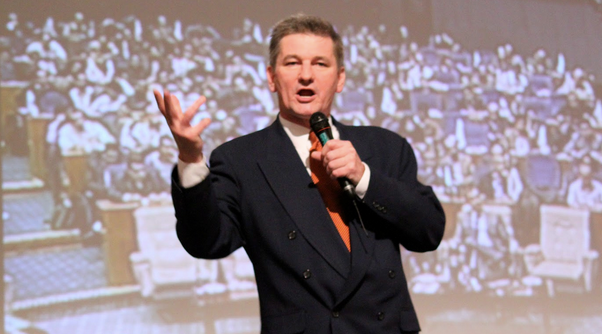 In today’s show I have  the pleasure of interviewing George Torok executive speech coach and passionate speaker.

Shy, Introverted Student Becomes Presentations Expert, Coach & Motivational Speaker
George Torok was NOT a natural born public speaker. He was a shy introverted student. Today he loves the thrill of speaking before an audience.

For a Keynote Speech if: