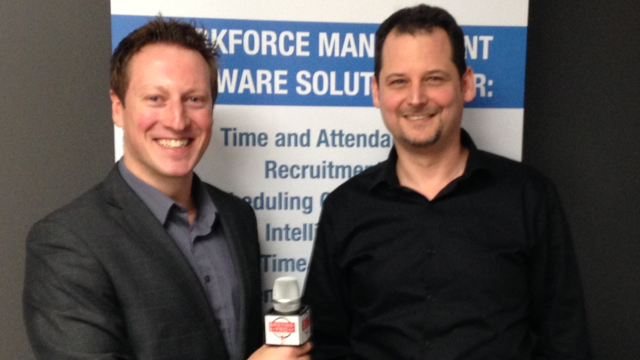 In this interview I have the pleasure of interviewing Elik Jaeger, President and CEO Synerion.

Elik Jaeger joined Synerion Inc. in April 2014 as the President and CEO. Prior to joining Synerion, Elik accumulated extensive managerial and operational experience, successfully launching and growing technology driven businesses in the telecom and IT space. Elik held senior executive roles in start-ups and NASDAQ/TSX companies. Most recently, Elik was the Vice President and General Manager of RuggedCom’s wireless business division, which was acquired by Siemens.

In addition, Elik sits on the Board of Directors and Advisory Boards for a number of companies including not-for-profit organizations. Elik holds an Honours Degree in Bachelor of Science.

His professional journey in the technology industry, starting with exciting technology roles, through leadership experiences in companies positioned at the cutting edge of global industries and finally in corporate executive roles, provided him with a solid combination of business strategy, leadership & execution experiences.

Off-shore operation start-up within a multinational public company:
Recruited over 100 professionals and led the team to produce over 50% of the company products realizing over $140M in annual revenue.
Set-up operation including R&D, regional support and service organizations. Attracted local and international government funds leveraging business operation.

Start up and led a new business division within a multinational public company:
Created business structure, focus and direction.
Built and managed infrastructure and team organically and through an acquisition to execute on strategy and met business targets.

M & A and business Integration:
Created business plans, negotiated deals and obtained Board approval to execute.
Restructured team and shape the products and organization to fit into a multinational public company.
Led the acquired company and team to profitability within 2 years as the CEO.
Participated in several other successful M&A and integration activities, most recently RuggedCom’s (TSX: RCM) acquisition by Siemens for close to half a billion dollars. Remained to successfully transition the business.