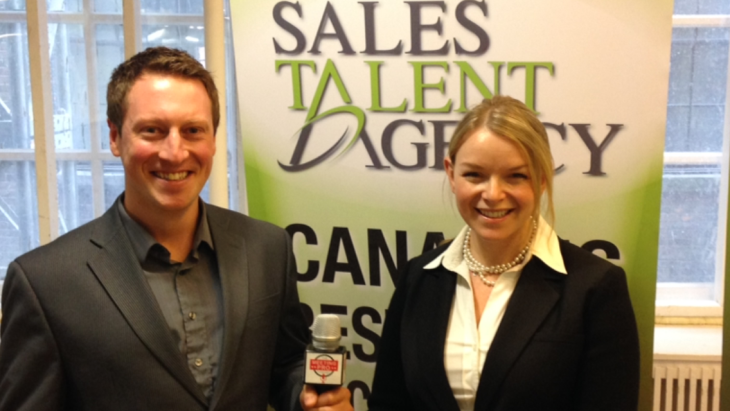 Launched in September of 2007, their clients includes start-ups as well as many of the largest brands across all industries; including media, software, industrial, technology, and online companies.

In this interview we learn about the Great Canadian Sales Competition and the leadership lessons learned by Sonya Meloff.
1. Please share who you are and what you do?
2. What do you like most about the work you do?
3. What do you believe predicts sales success?
4. How important have mentors been in your career?
5. What lessons did you learn early in life that have made the biggest difference?
6. What are you most excited about right now?
7. What is your biggest challenge as a leader?
8. What are your favourite books?
9. What are you grateful for?
10. If you could, what advice would you give your 20 year old self?

For more information on the Sales Talent Agency

For more information on The Great Canadian Sales Competition