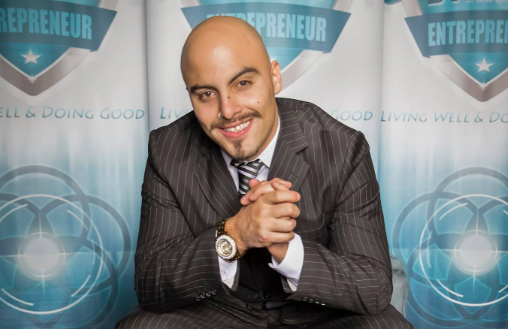 He’s been acknowledged as a creative and expressive mind consciously equipped to contribute his various talents and skills to the current wave of self-development that has swept through modern day culture.
Mr. Mendosa been known for his talent as a Public Speaker that fuses Music with Motivational Speaking at his acclaimed “Performance Seminars and Edutainment Workshops.”
As a Public Speaker he uses Atmospheric Design, Energetic Delivery, Shared Knowledge, and Confident Charisma to provide audiences with an Educational and Entertainment value that leaves lasting impressions by creating moments in his speeches that trigger Emotions.  As a Certified Date Coach, Writer, Pianist, Lyricist, and successful Entrepreneur, Marcos has helped an array of couples and individuals discover the qualities within each person that define the characteristics that embody the better version of themselves. In 2014 Marcos won 1st Place at the Dynamo Public Speaking Competition.  Since then he has been speaking at schools, corporate offices, community centres, and seminars across Canada spreading the word about being YourBestSelf.
His speech, ‘I.M.P.O.S.S.I.B.L.E. – THE 10 ESSENTIALS TO REACH YOUR MAXIMUM POTENTIAL” gained him the privilege of living up to such an esteemed title as “Dynamo Public Speaking Champion”.
Today Mr. Mendosa is speaking at various events in Canada, hosting events, coaching clients in the world of sex, dating, and relationships, and organizing workshops to help people discover their true potential and contribution.
Contact Marcos via Social Media at:
Twitter: @aw3yeah
Facebook: Marcos Mendosa
E-Mail: marcos@MarcosMendosa.com