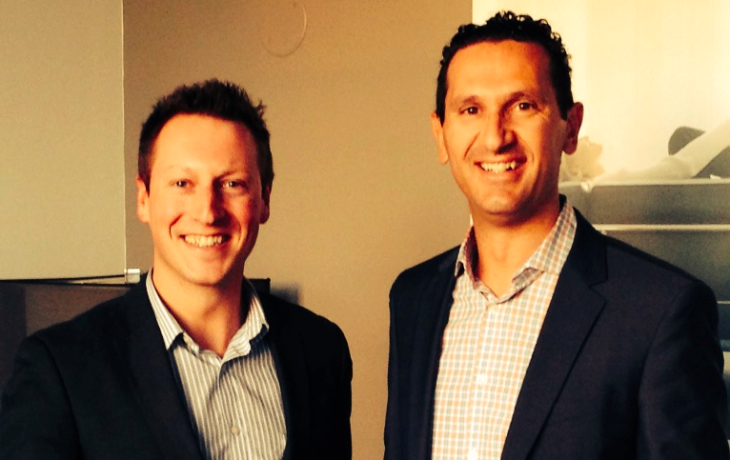 Frank Cianciulli was named one of Canada’s Top 40 Under 40™ for 2006, which was presented by Caldwell Partners International and officially announced by the Global and Mail. He also received the 2007 New Generation Business Excellence Award from the Italian Chamber of Commerce of Toronto. In 2006, Frank Cianciulli, won the Ernst & Young Entrepreneur of the Year Award (Emerging Entrepreneur – Ontario), in recognition of his extraordinary success at innovation, company development, financial performance, and personal commitment to his businesses and his community. Frank was also awarded York University’s prestigious Bryden Award for Innovation in 2008.

1. Please share who you are and what you do?

2. What do you love about the work that you do?

4. What was the biggest challenge you faced when you were first starting your business?

5. How important have mentors been in your career?

6. What lesson did you learn early in life that has made the biggest difference?

7. How do each of the division of Wish Group fit together, what is the common thread?

8. How do you overcome obstacles?

9. What are you favourite books?

10. What advice would you give yourself when you were 20 years old?

With the intention of replicating the success of his first venture Enunciate Conferencing which he grew to be the fastest growing conferencing company in Canada and one of the best places to work, Frank founded Peoplesource Staffing Solutions which later produced one of Canadas top 100 Female Entrepreneurs Teri Scott who has been leading the organization for the past seven years as well as John Nalli who launched Peoplestore to several awards.  Peoplesource provides technology, engineering, finance, clerical and industrial staffing as well as on-site workforce management services. Peoplesource has been one of the fastest growing recruiting firms in Canada for the past decade and has placed on Profit Magazine’s “Hot 50” List in both 2006 and 2007 along with several rankings on Profit Magazines 100 Fastest Growing Companies from 2009-2014 as well..  Peoplesource was also ranked number 9 as one of the best places to work in Canada in 2009 by the Best Places to Work Institute sponsored by the Globe & Mail and several Best Small & Medium Employers awards.

Four short months after the launch of Peoplesource, Frank co-founded Congruent in January 2004 which later merged into One Connect, a provider of business-class VoIP services to the Canadian market and currently serves 19 regions in the GTA. In June of 2004, he then proceeded to co-found Momentum Conferencing. Momentum Conferencing is a key conferencing player in Western Canada and the U.S., offering audio, video and web conferencing, as well as residential and commercial VoIP services.   In 2006, Frank also became shareholder and Chairman of Healthscreen Solutions (MDU-TSX), a medical services company.  Under Frank’s guidance as Chairman, Healthscreen earned the #1 spot on Profit Magazines “Hot 50” in 2007.

Frank is also Chairman & CEO of The Streaming Network, which he founded and launched in September 2006. The Streaming Network is a next-generation communications company that provides web streaming, hosting and distribution, IP video, and video email services. Its immediate focus is on the North American market with plans to expand into Europe, Australia and the Pacific Rim in the near future.  Streaming Network also ranked 4th on Profit Magazine’s “Hot 50” in 2009 making it the 4th company in a row Frank has steered to fast growth.  Frank also purchased a wireless company in 2009 and quickly grew Wish Mobile to be a Profit 100 company along with a Best Small & Medium Employers.  In addition to getting back into the conferencing business with the launch of Evolve Collaboration in 2013, Franks newer ventures include a dynamic marketing and communications company named The Mike Agency along with a leading edge telecommunications company called Wishtel.