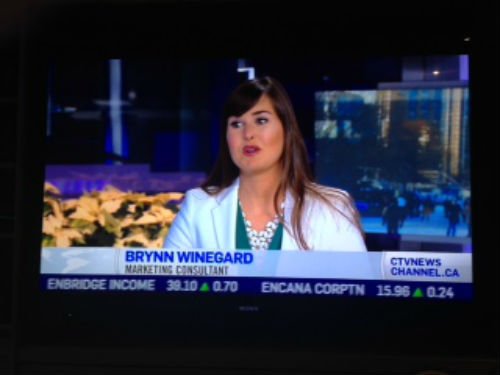 Dr. Brynn Winegard is a Canadian professor, consultant, speaker and business commentator. Brynn completed her MBA and PhD at the Schulich School of Business in the areas of marketing and strategy and now works with Global companies facilitating, training, and educating them on the best ways to be strategic, productive, and profitable. Brynn spent over a decade in corporate marketing working with such companies as Pfizer Inc., Nestle Inc., Bank of Montreal, ScotiaBank, CIBC and Johnson & Johnson Inc. and now has an impressive client roster that includes Coca-Cola, TorStar Inc, Toyota and over 50 others. Interact with Brynn directly on Twitter at @drbrynnwinegard.

1) Do all companies want to grow? Can all companies grow?
2) Tell me about typical obstacles to company growth?
3) Can you discuss the four types of growth and what they are each used for?
4) What are the major concerns for companies for each of the growth strategies?
5) What are the circumstances that would lead you to advise a company not to grow or consider getting bigger?
6) Some companies use one, more, or all the growth strategies you mention, would you advise this?
7) Some companies grow so quickly they struggle later, can you discuss what the challenges are for companies that grow too quickly?
8) How can people reach you?